Home / About Cavendish Kinetics / Board of Directors 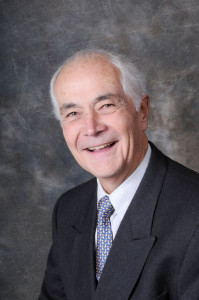 Luis Arzubi is a general partner of Tallwood Venture Capital. His vast past experience –more than 30 years in various engineering, management and executive roles with IBM – brings a distinctive and valuable technologist and customer point of view to Tallwood’s practice.

Before joining Tallwood, Mr. Arzubi was a member of the executive team of IBM’s Microelectronics division, where he most recently served as Vice President and General Manager for the division, responsible for all the semiconductor business segments. During the 1990s he played the key role in moving IBM’s microelectronics into the OEM business and making it succeed. Earlier in his career, Mr. Arzubi was the General Manger for IBM’s Burlington, Vermont, site, where he was responsible for two mega fabs and the development lab. From 1986 through 1991, he was Lab Director at IBM’s General Technology division, leading all of IBM’s non-bipolar semiconductor technologies and product development activities.

In addition to Cavendish Kinetics, Mr. Arzubi currently serves on the boards of directors of Qspeed Semiconductor, Sandbridge Technologies and SVTC Technologies. He is the inventor of five key memory patents and has published more than two dozen technical papers. He holds a B.S. and an M.S. in electrical engineering from the National University of Littoral in Argentina. 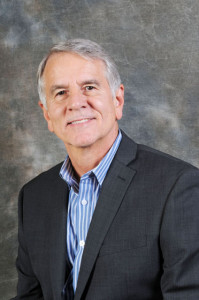 Paul Dal Santo joined Cavendish Kinetics as CEO after serving on the company’s Board of Directors since 2010. Mr. Dal Santo brings over 30 years of management and engineering expertise in the wireless and semiconductor industry to Cavendish Kinetics. Most recently, Mr. Dal Santo was the Chief Operating Officer for Silicon Image, a fabless semiconductor company, where he was responsible for the company’s engineering, operations, marketing, sales, and business development. Prior to Silicon Image he was Vice President and General Manager for the Handheld Products Group at AMD, managing the media processor product line, supplying all major Smartphone OEMs. Mr. Dal Santo joined AMD as part of AMD’s acquisition of ATI Technologies, where he held the same position.
Mr. Dal Santo started his career at Motorola, where he worked on the world’s first cellular telephone before later serving as VP of Engineering, driving architectural technology decisions and managing several cellular product lines. Mr. Dal Santo holds a Bachelor of Science degree from Purdue University and a Master of Science degree from Illinois Institute of technology, both in electrical engineering.

Gilles Delfassy is a renowned semiconductor industry expert having led Texas Instruments’ (TI) wireless terminals unit from its inception in 1995 until his retirement in 2007, growing it into a multibillion dollar operation. He currently advises several high-tech companies on business strategy and serves on the board of directors at Imagination Technologies, Sequans Communications, Decawave Ltd. and Kalray S.A., where he is the company’s chairman.
Previously Mr. Delfassy was president and CEO of ST-Ericsson and was a member of the board at Discretix, Spansion, and ANADIGICS, where he was also interim chairman and CEO. He has served on the venture advisory boards of 3i and Pitango.<br>Mr. Delfassy received an Engineering Diploma at Ecole Nationale Supérieure d'Electronique et d’ Automatique de Toulouse in 1977. He then graduated in Business Administration from Institut d’Administration des Entreprises de Paris in 1978. He has completed specialized courses on corporate governance for members of boards of directors at Stanford University and the University of Chicago.

Moiz M. Beguwala serves as a director on the boards of Skyworks Solutions Inc., Powerwave Technologies, Inc. and RF Nano in addition to Cavendish Kinetics. He also serves on the Audit and Nominating & Governance Committee at Skyworks and the Compensation Committee at Powerwave, and he is Chairman of the Board of RF Nano.
Dr. Beguwala retired from Conexant in 2002 and served as a consultant to the CEO until 2007. At Conexant he served as a Senior Vice President and General Manager of the Wireless Communications Division from January 1999 to June 2002, where he was responsible for a three-fold increase in revenue, from $160M to $450M. Prior to Conexant’s spin-off from Rockwell International Corporation, Dr. Beguwala was with Rockwell Semiconductor Systems, holding the posts of Vice President and General Manager of the Wireless Communications Division, Vice President and General Manager of the Personal Computing Division and Vice President, Worldwide Sales. He also served as a Principal Scientist and Director of Research for Rockwell Electronics Research Division. He joined Rockwell International in 1973 as member of the technical staff.
Dr. Beguwala received his bachelor’s degree in electrical engineering (magna cum laude) from UCLA and a master’s and doctoral degrees in electrical engineering from USC. He also received an Executive MBA degree from the Anderson School of Management at UCLA. He attended a certification course at UCLA for directors and officers, as well as a certification course conducted by UC Irvine and the Forum of Corporate Directors. He has been active with the Forum for Corporate Directors (FCD) in the area of corporate governance.
Dr. Beguwala has served on several administrative and technical committees of the Institute of Electrical and Electronic Engineering (IEEE), and he is the author of several technical papers and three U.S. patents. During his academic career he was elected to membership in Tau Beta Pi Engineering Honor Society and Eta Kappa Nu Electrical Engineering Honor Society. He is a senior member of the IEEE. 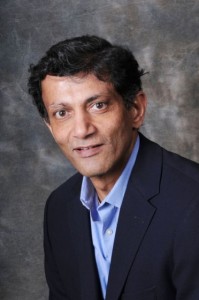 Aniruddha Nazre joined Wellington Partners in 2012. He has been working as EVP and CSO at Reliance Industries Ltd since 2012. At Reliance, he has been responsible for launching "Jio", a Telecom and Digital Media Services venture that can potentially connect 500M Indians to the internet by the end of 2016. Before joining Reliance he was a Senior Partner at Kleiner, Perkins, Caufield & Byers (KPCB) from 2003 to 2011. Aniruddha made 19 investments with 11 exits. Some of his successful exits at KPCB included LuxVue (acquired by Apple), 3DV (acquired by MSFT), Virsa (acquired by SAP), Vertica (acquired by HP) and InfoEdge (IPO in 2006). Prior to KPCB, he worked at SAP from 1998 to 2003 first as Technical Assistant to Hasso Plattner, CEO, Chairman, and Co-Founder of SAP and later MD of SAPMarkets. Aniruddha Nazre was the founder SAPMarkets, the e-commerce company that SAP acquired in 2002. Prior to SAP, he worked for six years in the medical device industry. From 1991 till 1995, he worked at Zimmer, Inc. (then a subsidiary of Bristol Myers Squibb) and from 1995 to 1997 at Mathys AG (Synthes) in Switzerland, 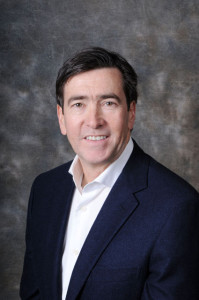 Peter Santos was most recently president and chief executive officer of Audience, a publicly traded mobile voice processor provider, where he was responsible for the company's strategic direction and execution. Santos joined Audience in 2004 and directed the company's market focus, product development and growth, from early development stage to its position of market leadership in mobile voice processing, and to a strategic sale in 2015. With more than 20 years of experience directing business, product and engineering strategy, he was previously vice president of marketing and business development at Barcelona Design, an analog semiconductor technology company. Prior to that, he was vice president of marketing at DSL systems provider Voyan Technology, and served as director of services marketing at Cadence Design Systems. Mr. Santos also spent six years at LSI Corp., an ASIC solutions company, where he led worldwide ASIC product marketing, and four years in semiconductor device engineering at Raytheon.
In addition to Cavendish Kinetics, Santos served on the board of directors of Audience (NASDAQ: ADNC). He holds a bachelor's degree in chemistry from Colby College and a master's degree in business administration from the University of North Carolina.